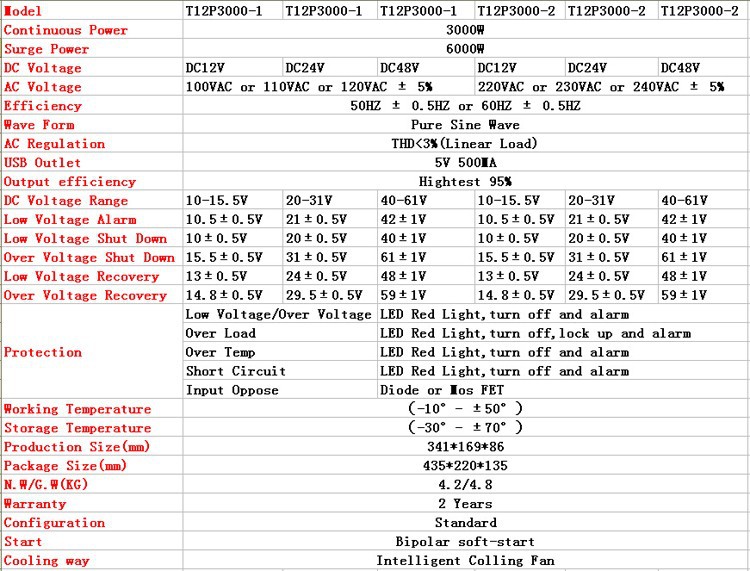 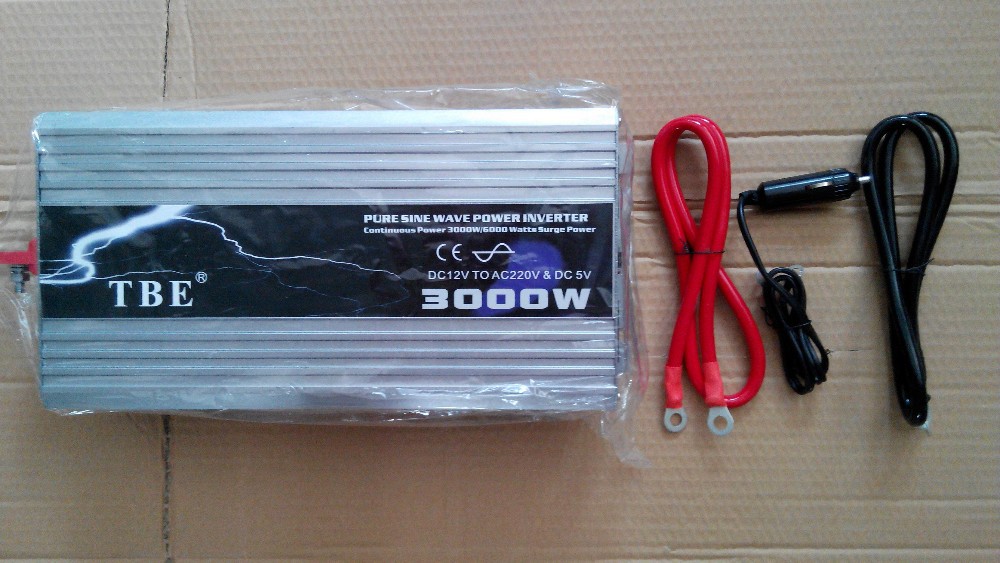 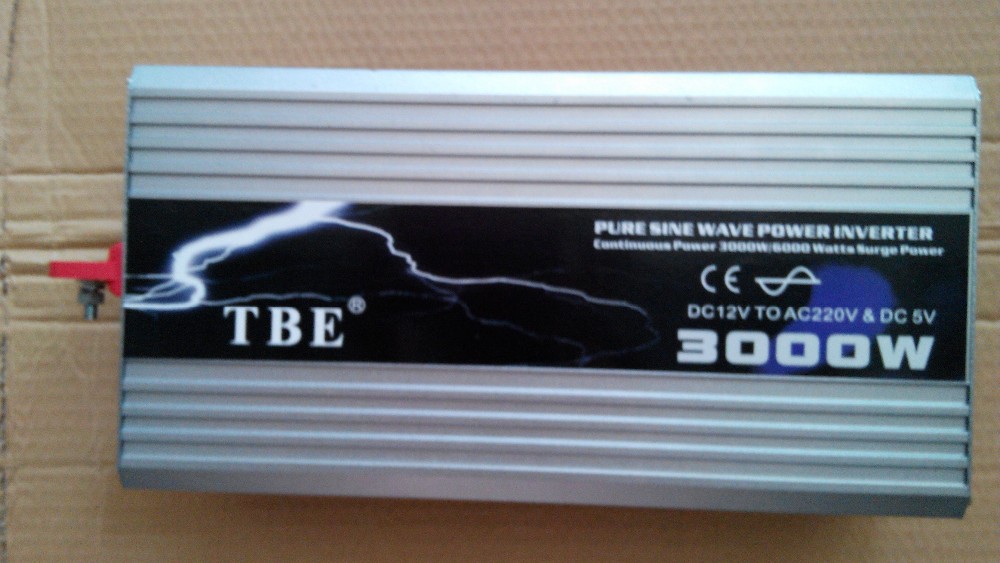 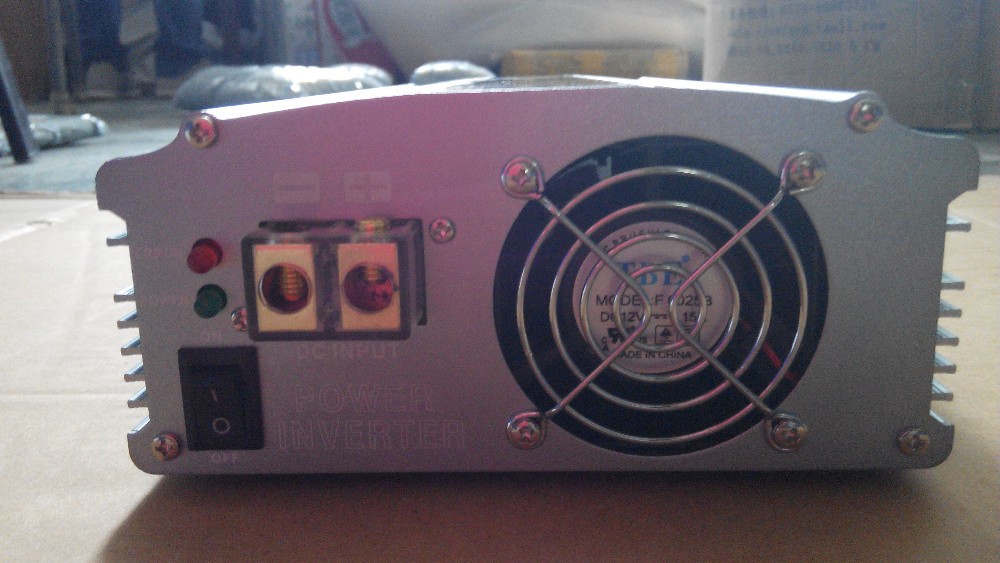 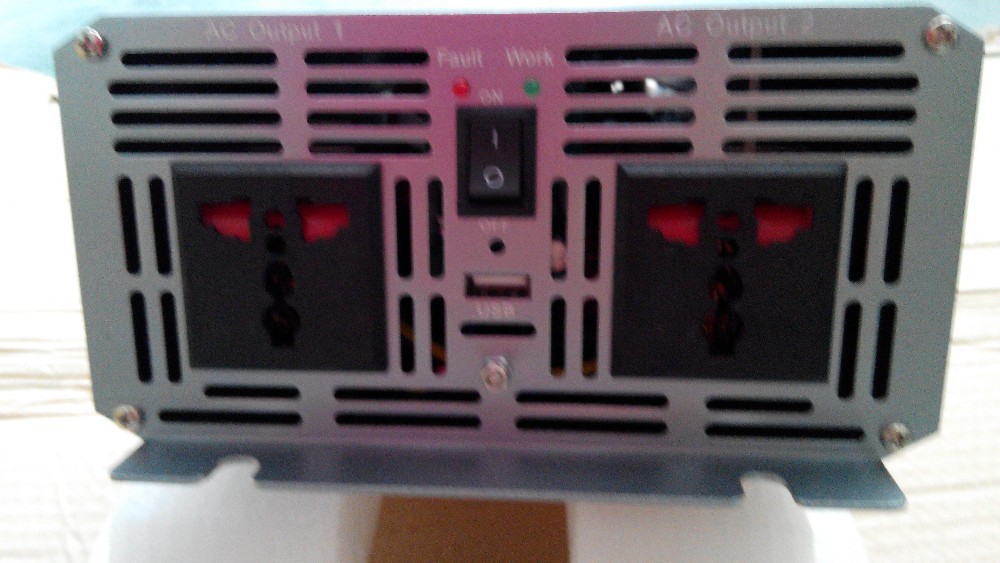 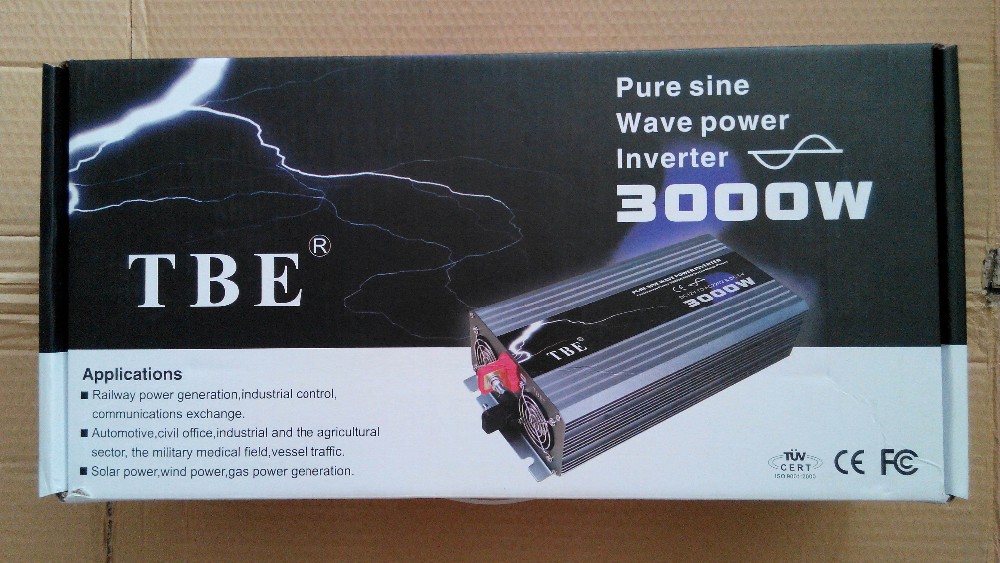 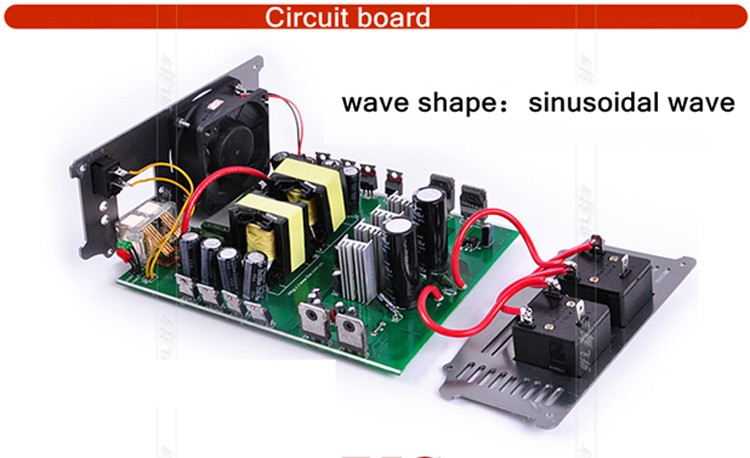 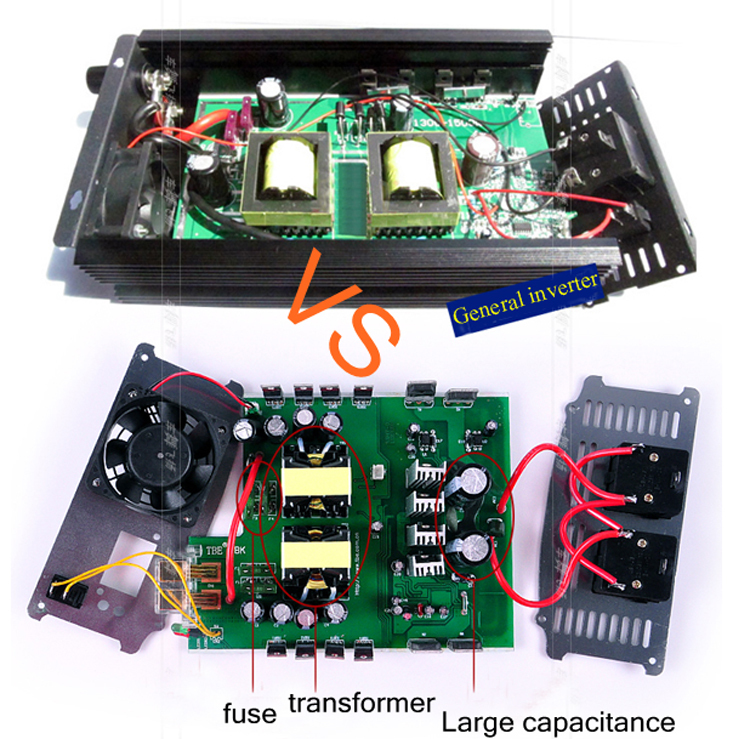 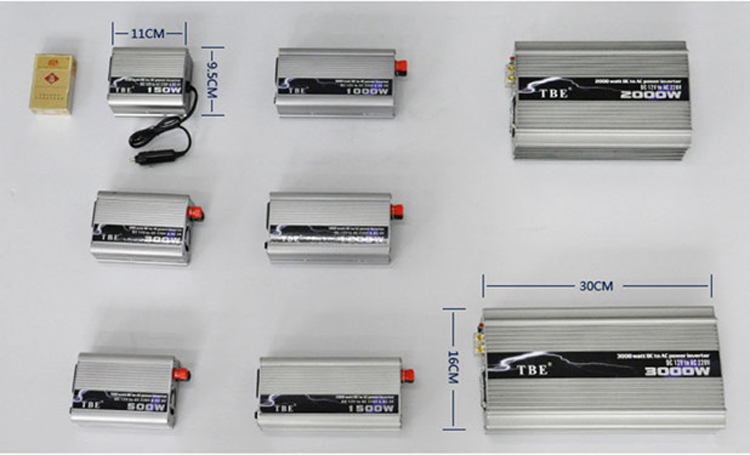 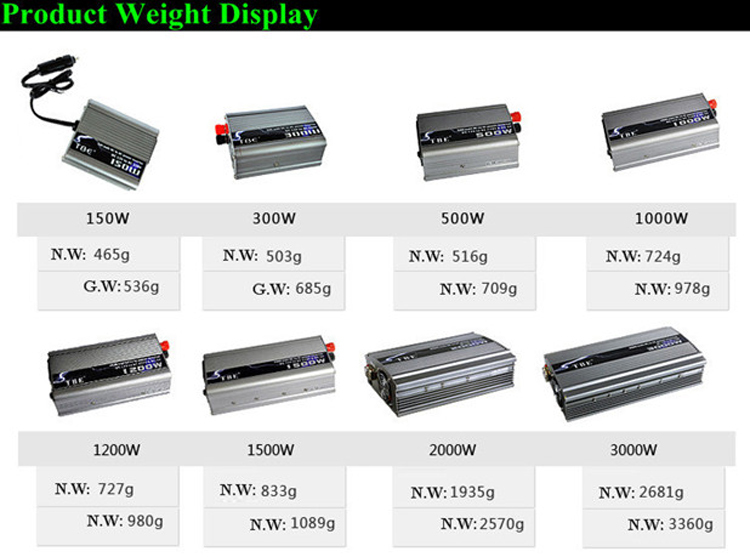 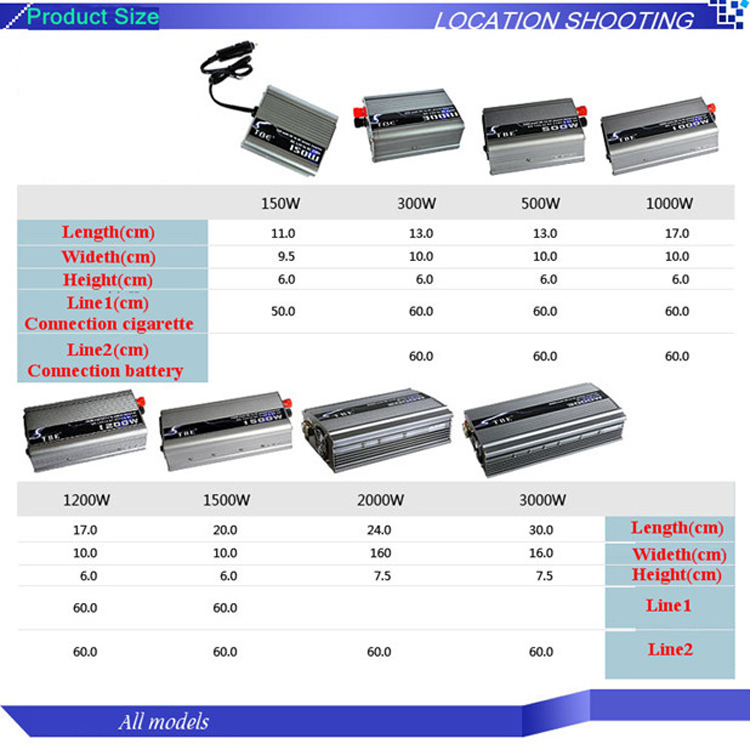 A car power inverter is a simple device that uses the car battery to power electrical appliances, including but not limited to, a TV, laptop, or lights. Travelers of all sorts find advantageous uses of the inverter, as it is inexpensive and easy to use. The inverter either plugs into the cigarette lighter socket or clips to the battery. Some of the main uses of the inverter are for entertainment, for transferring energy by charging, for recreation, and for working. People plug in DVD players for their children to watch shows while driving. Others use the inverter for gadget charging while on the go. Campers and tailgaters can plug in kitchen appliances. Workers often use the inverter on locations where electric tools are needed, but no electricity is available. Consumers should know how car power inverters work, their power capabilities and limitations, how to purchase inverters, and most of all, the increased capabilities that inverters offer.

This buying guide will present an overview of car power inverters, describe their advantages, and chart the features that should be considered when purchasing an inverter. Additionally, because many gas stations, truck stops, and electronics stores have a limited inventory of car power inverters in stock, the benefits to purchasing online through eBay, which offers a wide selection of inverters, will be detailed.

The car power inverter takes the car battery and electrical systems direct current (DC) and changes it into alternating current (AC) so that an appliance can use the electricity. This inversion process contrasts to the conversion process, which changes AC into DC. Converters and inverters also work within a range, rather than a specific voltage. Sometimes these inverting and converting devices are also called adapters or chargers.

Since most houses and businesses supply AC current and appliances use AC, most consumers have no need of an inverter at home or work. However, on the road, most automakers have not yet installed internal inverters that provide the consumer an electrical conduit from the car?s battery and electrical system, so travelers need a car power inverter for their appliances. Usually, the inverter plugs into the cigarette lighter socket, but high wattage inverters attach directly to the car battery.

While converters are often used for media entertainment and for small refrigerators and heating devices, a car inverter is a good idea for all people in case of an emergency. If the power goes out in the house, people can use their appliances and devices in the car or with a long extension cord from the car. Consumers can purchase inverters at retailers and online marketplaces to support almost all of their cooking appliances, heating and cooling units, and gadgets.

The Advantages of Car Power Inverters

Travelers in cars, trucks, recreational vehicles, scooters, and even boats can take advantage of car power inverters to power a wide range of appliances and electronics. Most consumers, in everyday situations, will find that the 12 volt inverter for the cigarette charger is fine. Some of the advantages of power inverters:

Entertainment while traveling is a big advantage of car power converters. While many newer vehicles come equipped with a DVD player, these upscale models are expensive, and many older cars are not capable of internally installed multimedia devices. Instead, people can use the inverter to plug in laptops, DVD players, CD players, and stereos. Game systems are portable and can receive power from the inverter. As far as power output, the standard cigarette connection easily powers all multimedia devices. Laptops use about 75 watts and DVD players use about 35 watts. Even game consoles only use about 100 watts.

People who are on the go often run out of cell phone, laptop, tablet, and music power for portable devices. The car power inverter solves this problem, as cell phone car chargers use about 20 watts of power. For just cell phone charging, consumers can buy extremely small inverters or adapters that store in the glove box, pocket, or purse. For laptops, consider getting a larger unit with higher output. Purchasing inverters with most power that still fit in the cigarette charger and do not attach to the battery is wise because they have a high range of device powering capabilities. Also, consider an inverter with two, three, or four electrical plugs in order to have compatibility with the highest number of devices. However, keep in mind the total amount of power each device is drawing as the standard inverter only gives about 160 watts total.

People engaged in recreational pursuits like camping, stargazing, and sports tailgating could really use the advantages of the inverter. These types of activities often require kitchen appliances, heaters, air conditioners, and refrigerators. For instance, while planning a night of stargazing, a person could easily find a converter to attach to the car battery that would support a space heater. Tailgaters, those that cook out and entertain at sporting events and concerts, can power a wide variety of appliances like a refrigerator, a microwave, or a blender. Campers can eat in style with a coffee maker, waffle iron, frying pan, and any number of appliances. They can even power a clothes washing machine.

While working outside or inside at locations without electrical power, the car power inverter is useful for powering a wide variety of tools including saws, welders, and pumps. For instance, while working at a location cutting down trees, the person could use a high watt inverter connected to the battery in order to use a hacksaw and cut down trees. Inside locations may also be advantageous for an inverter. For instance, a long cord attached to the inverter can be stretched inside to illuminate a house with no power.

Purchasing and Using a Car Inverter

The size of the inverter depends on the amount of power it puts out. More power equals a larger bulkier inverter, due to the increasing amount of components. Also, older inverters will be larger than newer ones due to improved technology and miniaturization. The inverter usually takes a rectangular form and weighs one to three pounds.

The inverter slips easily under the car seat as it needs to be on a flat surface, but better air circulation makes the car floor a better location. Most inverters will come with a long cord extending from the cigarette socket so the inverter can lie on the floor, but some of the smaller inverters will just stick straight out from the socket. Avoid exposing it to water or other liquids and avoid placing it near any heat sources, including direct sunlight and flammable materials. The ideal temperature for an inverter is between 50 to 80 degrees.

There are no reviews yet.